In honor of International Holocaust Memorial Day, which takes place every year on January 27th, Maccabi World Union and Maccabiah bring to you the story of four Jewish Athletes - some survived the Holocaust and some did not, but their heritage remains with us to this day.

There were hundreds of other athletes alongside Maccabi communities that perished in the Holocaust. We remember them and all six million to this day.

The Athlete who said 'NO' to Hitler

Growing up, Judith was banned from joining most athletic clubs due to her Judaism, pushing her to join Hakoah Vienna. In 1936, she won Austria’s Golden Badge of Honor and was chosen for the 1936 Olympic Games.

In 1935, Judith also participated in the 2nd Maccabiah. There, Judith spoke with German athletes and learned of their situation. “It's almost impossible for a Jew to train in any sport. We have been kicked out of schools and sports clubs."

After hearing this, Judith, with Ruth Langer and Lucie Goldner, boycotted the “Hitler Olympics.” In her letter of resignation, Deutsch wrote, "...as a Jew I cannot participate in the Berlin Olympic Games. My conscience does not allow me. This is a personal decision and is not to be contested.”

The Austrian Olympic Committee banned her from taking part in competitions for 2 years, stripped her of titles and expunged her name from records- making it as though Judith never existed.

Her family moved to Palestine where Judith became a national champion. She represented the Hebrew University in 1939 at the International Student Games, winning silver the day before World War 2. This medal is the only one Judith ever kept.

Judith saw redemption in 1995 when a letter was written by Rivka Rabinowitz, MWU’s Chairperson of the Council of the Movement, to Othmar Bricks, President of the Austrian Swimming League. He invited Judith to Austria to make amends.

Judith refused, saying Austria, “threw me out once. If they want to give me back my titles, they can give them to me in Israel." There was a ceremony at Kfar HaMaccabiah in 1995. Dr. Heinz Fischer, President of the Austrian Parliament, apologized in a letter read there: “Perhaps we are apologizing too late, but better now than never." All sanctions against Deutsch were lifted and her medals and titles restored.

The story of Judith Deutsch will be displayed at the new Jewish Sports Museum in Kfar Maccabiah.

Victor was born in Tunis in 1911 to a family of poor Jewish merchants. From an early age, he aspired to be a boxer and added the nickname "Young" in his career.

Despite his short stature (156 cm), Peretz proved to be a strong boxer, and by 14, he joined the Jewish sports club "Maccabi Tunis". In the few hours he had to spare, he devoted himself to training. In one of these sessions, he was discovered by coach Leon Blair, who signed him to a professional contract and took him under his wing. Within a few years, he fulfilled his dream, and the small Jewish boy growing up in a slum became the French flyweight champion.

In 1941, the persecution of Jews that began in Berlin spread to the streets of France. Peretz's family called for him to return home to Tunisia, but Peretz did not respond. He chose to remain in occupied France, where Jews were being hunted down. Peretz was arrested and transferred to the Drancy camp near Paris.

Peretez, who was so recently the glittering world champion, was humiliated time after time as he was transferred to several labor camps in France and eventually to Auschwitz camp, where he was sent to do forced labor in a rubber manufacturing plant. He was then forced to box in boxing matches for the enjoyment of his Nazi captives. He fought 133 battles for the Germans, all of which he won.

In one of the fights, Peretz, who was a flyweight boxer, was forced to box a German capo, or amateur heavyweight boxer. Against all odds, in a reconstruction of "David vs. Goliath," he managed to defeat the German boxer to the amazed eyes of the Nazi soldiers.

In 1945 during the death march when the camp was evacuated, a stop was made, and Pererz tried to steal bread for his friends. He was then shot dead by one of the guards.

Peretz was never buried, his body left frozen somewhere on the edge of the snowy road- a death so cruel for someone who was a world champion at the age of 20. Despite his tragic end, we will forever remember him as Young Peretz, the great Jewish warrior who humiliated the Nazis. His story will be presented at the Jewish Sport Museum at Kfar Maccabiah.

"I grew up in gymnastics and sports culture - to some extent this is also what saved me, not only during the war. Thanks to sports, I always maintained the joy of life," says Agnes Keleti, Hungarian-Jewish gymnast and Olympic champion with ten medals- five of which are gold- and world champion.

Keleti, who turned 100 in January 2021, was born in Budapest to an established Jewish family. She began practicing gymnastics at age 4 in a Jewish sports club, and by 16 she was the Hungarian champion.

During the German occupation in 1944, she hid through forged documents (under the pseudonym "Johannes Firushka") as a maid in the village and later as a worker in an ammunition factory. Many of her family members were sent to Auschwitz where they died. Her mother and sister were saved thanks to "protection passports" they received from the Swedish mission due to Raoul Wallenberg's efforts.

After the war, Keleti resumed her training and traveled to Israel in 1957 for the 5th Maccabiah. At the end of the Games, Agnes decided to stay in Israel for good and became the cornerstone of Israeli gymnastics - she actually founded the association and educated generations of gymnasts at Wingate, as well served as coach of the Israeli gymnastics team.

Her life was saved once again when she was among the members of the Olympic delegation in Munich in 1972. Luckily, in the moments of the massacre, she was at a place away from the other members of the delegation, saving her life.

Of all the gymnasts at the Olympics, Keleti is ranked 10th of all time according to her number of gold medals and is therefore considered by many to be one of the greatest Jewish athletes and gymnasts of all time. At the age of 96, Agnes Keleti was crowned the winner of the Israel Prize in the field of sports. She was described at the time as, "a groundbreaking woman, leader and role model in the world. Keleti is still considered one of the greatest in history."

Agnes Keleti’s story will be displayed at the Jewish Sports Museum alongside an authentic trophy in her name which she donated to the museum.

Born in Germany, Fredy was a leader in his community. He and his brother Paul were active in the Jewish scouting movement from an early age.

Fredy immigrated to Prague in 1935. He dedicated himself to young people, organizing camps and sports and preparing young agricultural men, or chalutzim, for Aliyah.

Fredy worked at one of the only outdoor places, the Hagibor playground, where Jewish kids could still play. He organized activities, campfires and plays for 100s of children with nowhere else to go.

One group he led, the “Havlagah,” was a group of boys who looked up to and learned from Fredy. In October 1939, the Havlagah were able to leave Prague for Denmark and then, a year later, to Palestine.

On December 4, 1941, Fredy was taken to Terezin concentration camp. Children were separated from parents to be cared for by Jewish educator and given a stony patch of land for an athletic field. It is here that the Terezin Maccabi Games were held for inmates in May 1943.

1200 Jewish children from the liquified Bialystok ghetto arrived in 1943. The kids were kept away from the other prisoners to ensure the rest of Terezin did not learn of the mass death in Bialystok- and that this fate was intended for them, too. Fredy defied orders and tried to contact the isolated children’s teacher but was caught, and his punishment was to be sent to Auschwitz-Birkenau.

At Auschwitz, Fredy became the leader of the Children’s Block. Rather than 3-tier bunks, barracks had chairs and walls decorated with drawings of princesses, fairies and flowers. It was a safe haven for children in the horrors of the camp.

As an uprising against the Nazis was planned in February 1944, Hirsch held reservations. Any such event would lead to the near-certain deaths of the kids he cared for. In this state of anguish, Fredy committed suicide.

Fredy’s story reminds us to remember every lost soul from the Holocaust and honor their memory to find light in darkness.

The story of Fredy Hirsch will be displayed at the new Jewish Sports Museum in Kfar Maccabiah. 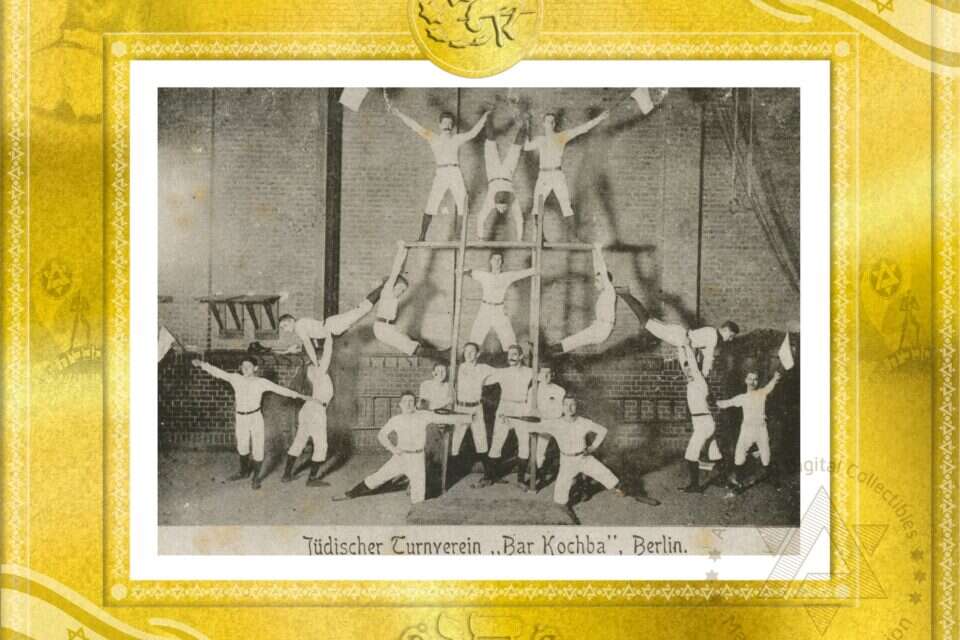 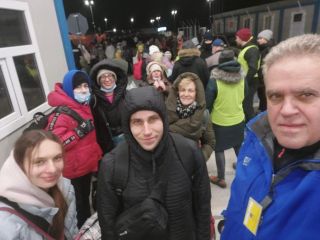 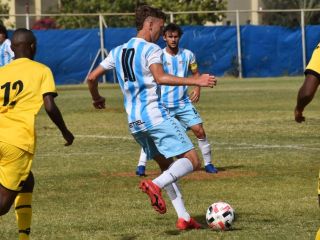 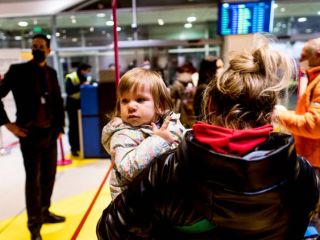 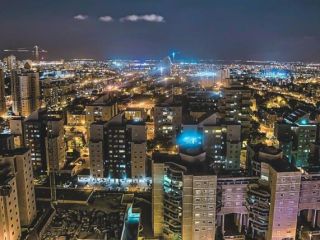 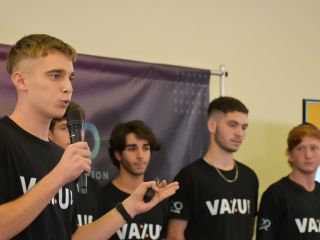 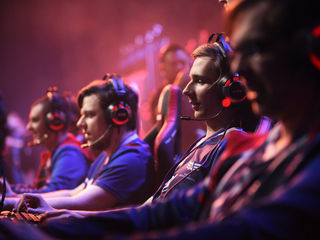 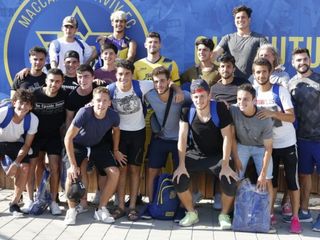 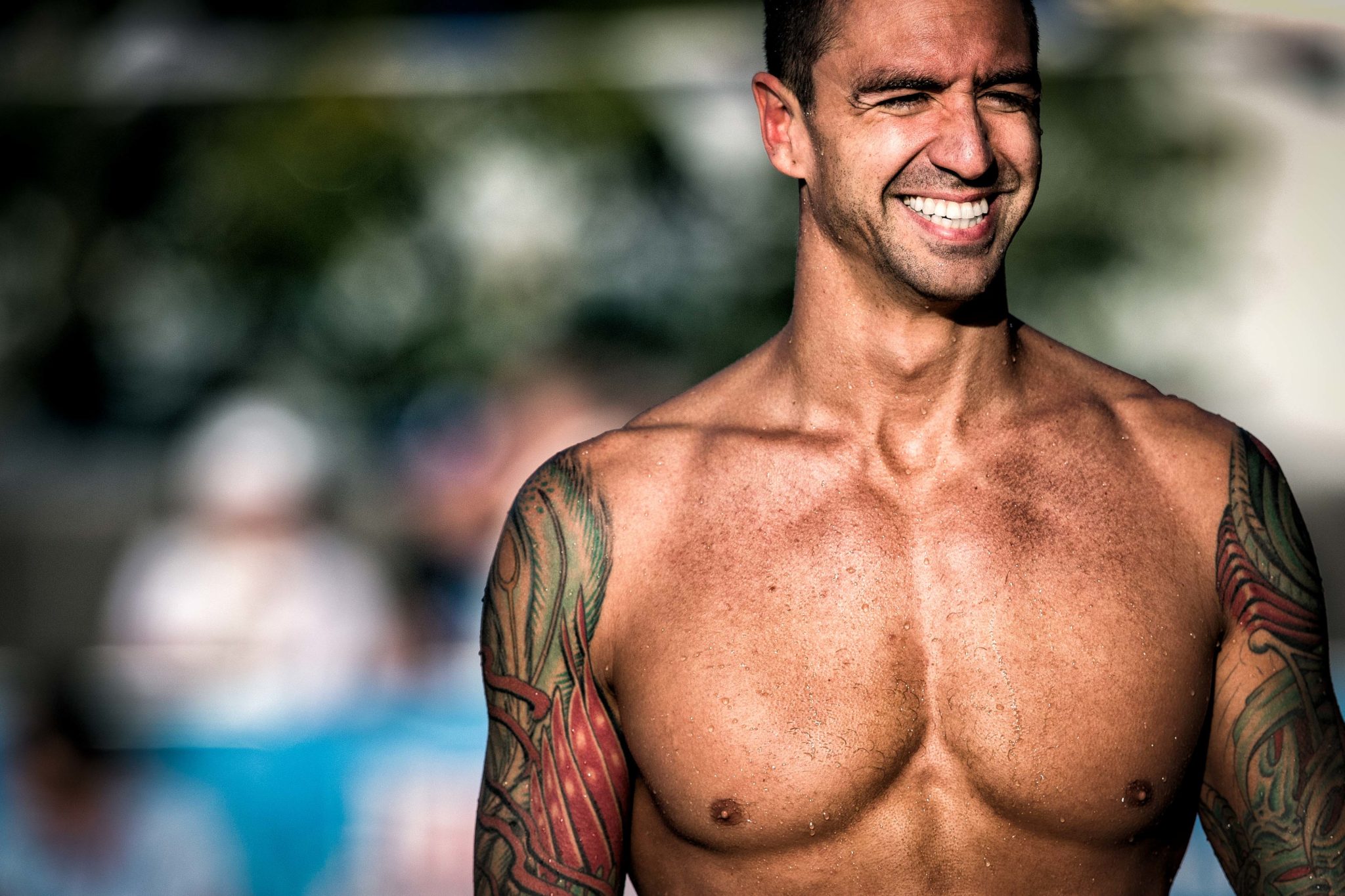 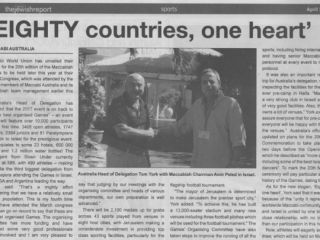